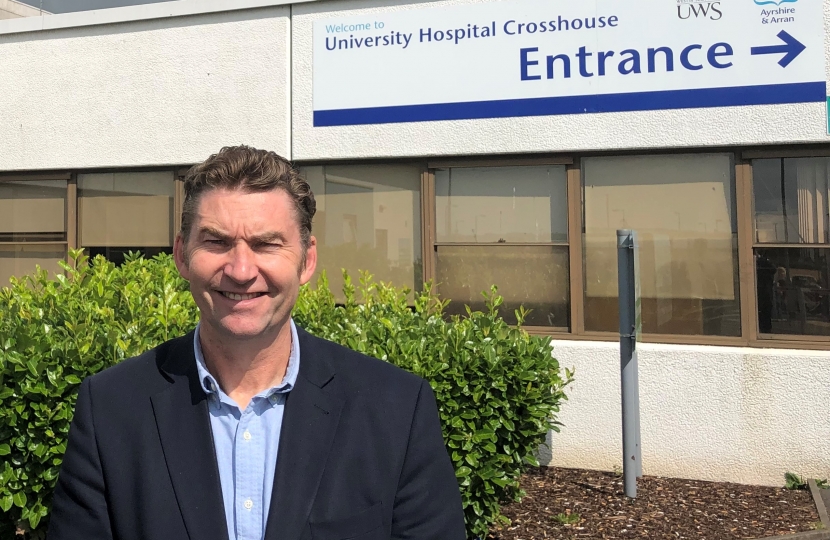 Brian Whittle MSP is calling for the Scottish Government to make restoring NHS capacity and clearing the backlog of delayed operations a priority.

New statistics from Public Health Scotland show that 18,630 operations were carried out across Scotland in April 2021. This is the highest number since the first lockdown was introduced in March 2020, but is still down by almost one third on the 27,645 operations that took place in February 2020.

In Ayrshire & Arran, 677 operations were carried out in April. In contrast, 1653 operations took place in February 2020. That means the health board is carrying out 59% fewer operations now than it was before the pandemic took hold.

During the election campaign the Scottish Conservatives proposed a £600million investment targeted at the backlog, with funding being directed by a taskforce of medical experts.

Brian is now urging the new Health Secretary Humza Yousaf to urgently set out how the Scottish Government propose to clear the treatment log-jam.

“It’s no surprise that the number of operations being carried out by NHS Ayrshire & Arran has fallen during the pandemic, but as the end of the crisis comes into sight, Scottish Government Ministers need to set out how they’re going to deal with the thousands of patients waiting for vital treatments and procedures.

The situation in hospitals is improving and we’re seeing that in the increasing number of operations taking place. However, we’re a long way from getting back to where we were before the pandemic, and there are more people waiting now than there were then.

Scotland has a mountain to climb to deal with the long term effects of Covid-19 on our health service. I’ll continue to challenge the Scottish Government to prioritise getting the NHS back on its feet and getting people the treatment they need as quickly as possible.”

Improving The Health Of Young People

Improving Scotland’s health is a generational challenge and improving the health of younger Scots is an important first step.