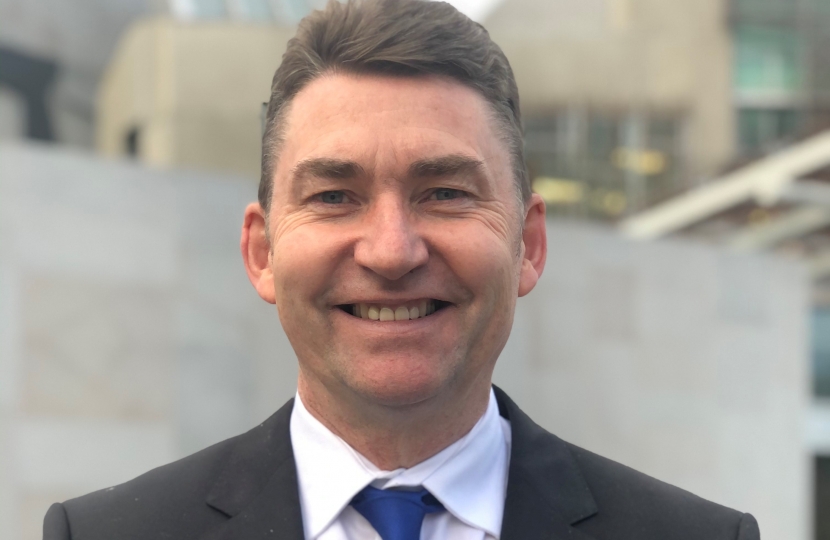 The South Scotland MSP accused the SNP of failing to properly support their flagship Fair Start Scotland scheme after it emerged that only nine percent of those referred to the scheme have stayed in employment for 26 weeks or more.

Scottish Conservative MSP Brian believes that the low numbers show the need for the Scottish Government to put a greater focus on delivering long-term opportunities that allow people to build new careers in the aftermath of the pandemic and help more people find stable employment.

Recently appointed as Shadow Minister for Environment, Biodiversity & Land Reform, Brian says he plans to work with businesses and education providers to create more jobs in the green technology sector.

“It’s worrying that the number of people this scheme is helping into long-term work is so low.

The Fair Start Scotland scheme was launched to lots of fanfare but, like so many other programmes announced by the SNP, the reality hasn’t lived up to the promise.

As we hopefully continue to ease Covid restrictions, we’re still facing major challenges for our economy and jobs. The SNP need to get the Fair Start Scotland scheme to live up to its potential and make sure people across South Scotland are able to find new, long-term jobs.

Restarting the economy and creating new jobs for those who have lost theirs must be a top priority for the Scottish Government and every MSP in Holyrood.

By working with local businesses, colleges and universities, I want to make the most of our ambitions for a green recovery. I’m determined to expand the opportunities for people to build careers working in renewables and other green technologies and give people in South Scotland the chance to help grow our economy and find secure, good quality jobs.”