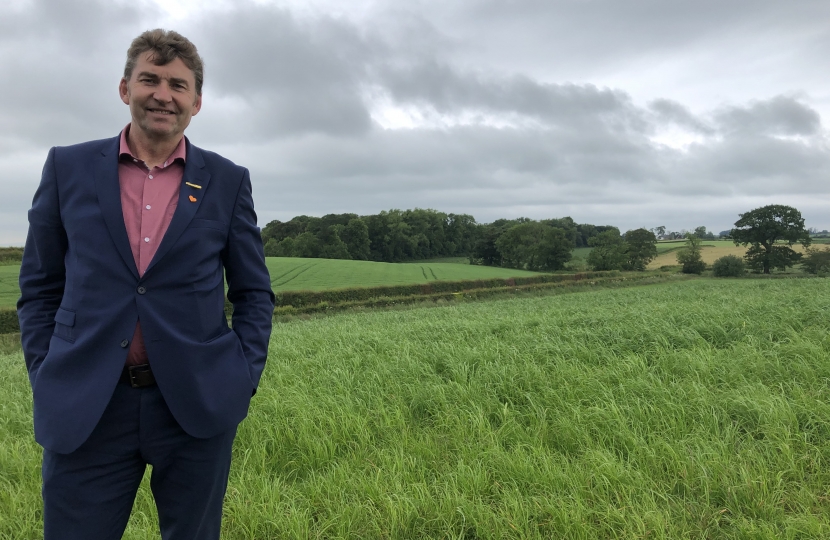 The council posted a graphic that advocated a reduction in red meat production of 75% to become carbon neutral by 2050.

Brian, who is the Scottish Conservative Environment, Biodiversity and Land Reform spokesman, accused the council of oversimplification which risked harming the local economy. In particular, he believes that the council’s statement fails to recognise the difference in environmental impact between Scotland’s grass fed cattle farming industry and the more intensive processes used in other parts of the world.

Mr Whittle has been leading a campaign to get schools and the wider public to buy more locally sourced produce, arguing that it can improve public health and support the local economy.

Responding to the tweet, Brian suggested that by lumping all forms of red meat production together, South Ayrshire Council were talking down the substantial efforts of Scottish farmers to rear cattle in a sustainable way. He went on to challenge the council to do more to reduce its reliance on food imported from abroad and buy from local farmers and food producers instead.

Scotland’s agricultural sector is hugely valuable to our economy, especially in rural areas like Ayrshire. Every farmer I’ve ever spoken to recognises their responsibilities to the environment and is putting time, money and effort into reducing their environmental impact.

The kind of properly managed, grass fed cattle farming that we see in Scotland is far more sustainable than the intensive, feedlot based systems seen elsewhere in the world.

If South Ayrshire Council are serious about cutting carbon emissions, they could start by buying more local produce for school meals instead of buying it in, often from other countries. We should be promoting the efforts of Scotland’s farmers to protect the environment, not talking them down.

Supporting local shops and buying more local produce is the easiest step anyone can take to reduce the carbon footprint of their diet. I’m determined to support Scotland’s farmers and food producers to continue to lower their environmental impact and give them a strong, sustainable future.”