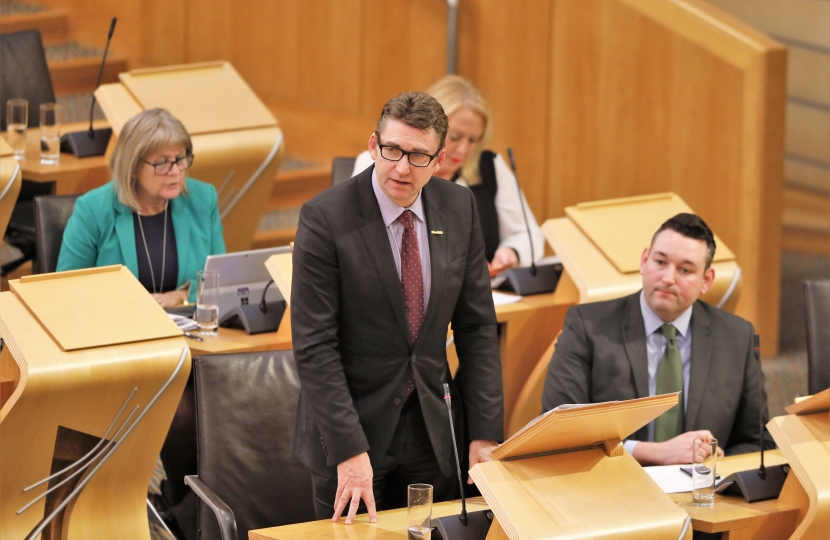 Brian Whittle MSP has hit out at some of his fellow MSPs for trying to drag Prestwick airport into the middle of a congressional investigation in the United States. The airport, which is has been put up for sale by the Scottish Government, came in for criticism after figures emerged showing that since President Trump came to office, more members of the US Armed Forces were staying at Trump Turnberry during flight stopovers at Prestwick Airport.

The US Congress has launched an investigation amid allegations that it was inappropriate for US officials to be staying at taxpayers’ expense at a hotel owned by the President when other options were available. In recent days it was announced that a planned new deal between the US Government and Prestwick Airport has been put on hold for several months as a result of the controversy.

Following the allegations, some MSPs have attempted to drag Prestwick airport, into the row as it has contracts with the US military to provide stopover and refuelling services. During a questions session in Holyrood, Scottish Green MSP Patrick Harvie said Prestwick Airport should end its links with the US military to avoid the risk of Scotland’s reputation being damaged, saying “We should not stand by as Scotland’s good name is tarnished by association with the toxic Trump brand”. Later he added that the airport should be "transitioned into a low-carbon alternative, not sold to the highest bidder.”

During the same questions session, South Scotland MSP Brian Whittle highlighted the airports national and international strategic significance for military and other flights, emphasising the significant number of aerospace and engineering companies based around the site.

Speaking later, he criticised Harvie and other MSPs for trying to link the accusations against Trump to the airport.

“It’s absurd for Patrick Harvie to stand up in parliament and imply that Prestwick Airport is somehow guilty by association because he has a personal and political dislike for Donald Trump. Right now, the only person tarnishing Scotland’s reputation in this matter is Patrick Harvie.

There has been no suggestion of wrongdoing by Prestwick Airport and to simplistically declare that anything associated with the Trump name is toxic is essentially condemning Turnberry without a thought for the significant local employment and economic contribution it makes.

Prestwick airport is a huge asset to Ayrshire and to Scotland. We should be taking every opportunity to promote it and attract more customers to it, not use it as a pawn in a cheap political stunt.”