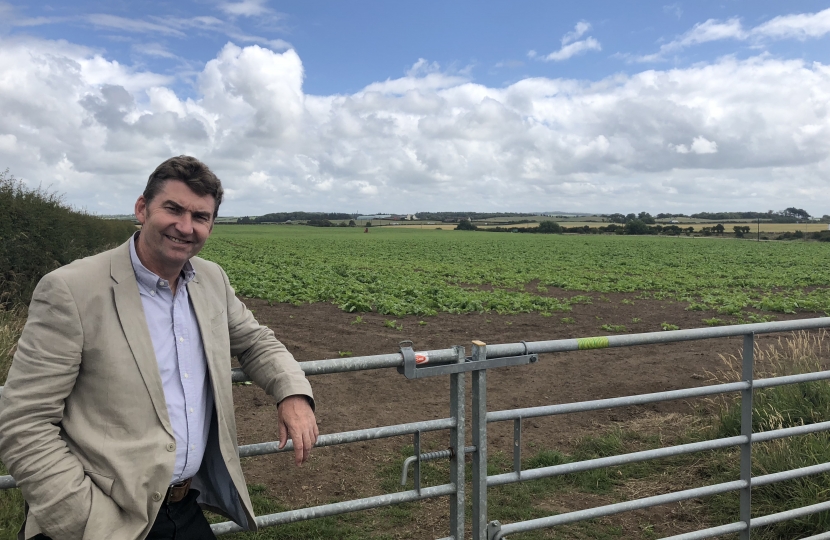 South Scotland MSP Brian Whittle has a new role in his party as the Shadow Minister for Environment, Biodiversity & Land Reform.

Scottish Conservative Brian was given the new role by party leader Douglas Ross as part of a wide-ranging reshuffle following the election.

Brian, who was previously the Shadow Minister for Public Health, Mental Health, Wellbeing and Sport, has welcomed his new appointment and pledged to use the role to support a green recovery in South Scotland. He also committed to continue his efforts to support Scotland’s farmers by pushing for more local produce to be used in school meals and across the public sector.

“I’m pleased to move to this new role within the Scottish Conservative Holyrood team. The pandemic has given many of us a new appreciation for our environment and the value of green spaces in our communities.

Scotland’s natural environment is one of our most valuable resources. Not only does it play a vital role in our economy, supporting jobs in sectors like agriculture, food & drink and tourism, it makes an important contribution to our health and wellbeing.

I’m excited to take on this new challenge as we look to build a green recovery from the pandemic and work towards achieving Net-Zero.

I’ll also be using my new position to continue the work I’ve been doing in the local area to support community groups, promote healthy eating and physical activity and improve our infrastructure to boost the local economy.”