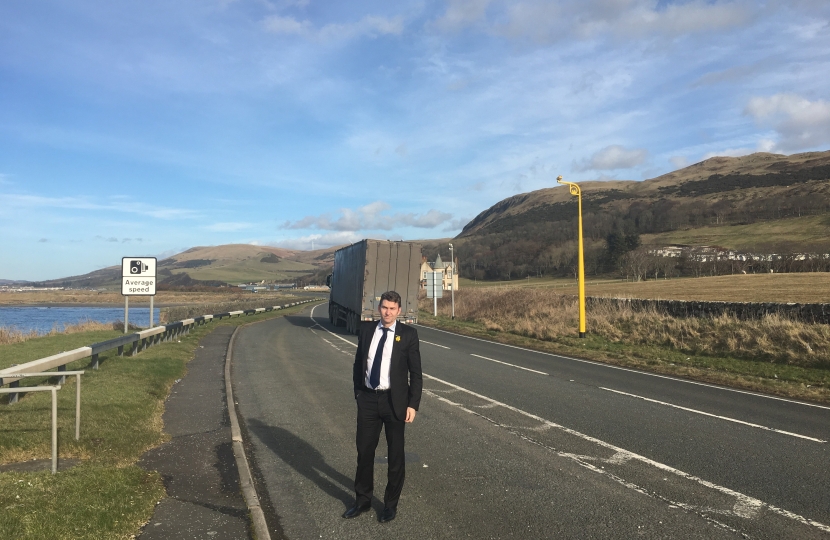 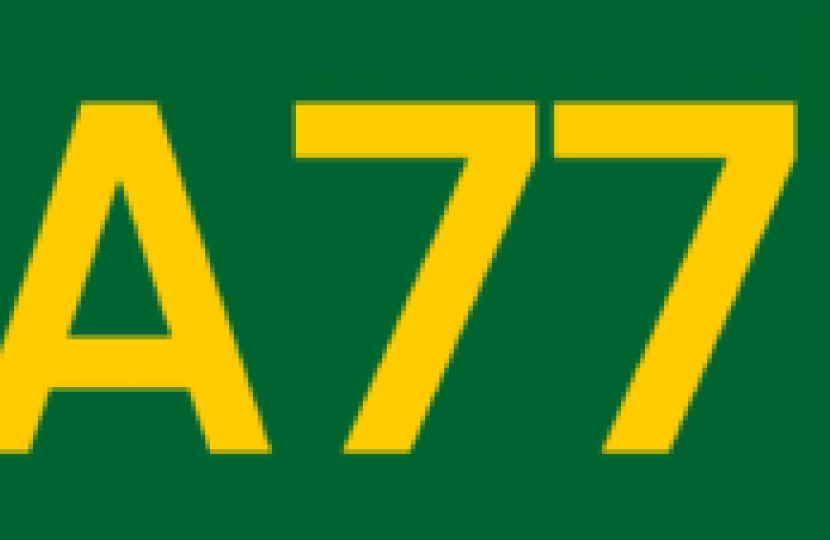 The A77 is a vital artery between the ferry ports at Cairnryan and Scotland's Central Belt. Every day it carries a huge number of commuters, tourists, buses and commercial vehicles, but South of Ayr it is only a single carriageway in each direction and passes directly through a number of small towns and villages. It makes no sense for the main roads connecting Northern Ireland to the Central Belt and beyond to have a twisting single carriageway section with 8 speed limit in a single 40-mile stretch.

The A75 which runs between Stranraer and Gretna, and is the main link road into England is in no better condition. Both these roads urgently need a programme of long term investment and improvements. Much the same can be said for the A70 and A76 which both carry huge volumes of traffic daily.

The Bellfield interchange at Kilmarnock has become a significant local bottleneck at busy times. With traffic heading to and from North, East and South Ayrshire all attempting to pass through this area, there are often long queues down onto the A77 which can be a danger to drivers.

I’ve been working closely with my fellow MSPs John Scott and Finlay Carson to raise the profile of the roads in the area. But much of the credit for the progress we’ve made must go to the A77 Action Group and the Dual the A75 campaign, who have put in a huge amount of effort and lodged petitions at the Scottish Parliament highlighting the problems with these roads.

There’s a real need for greater joined up thinking when it comes to transport investment. We need to be planning for the long term rather than just attempting to alleviate today’s issues.

Brian Whittle MSP has welcomed the Chancellor’s announcements for Scotland in the UK Budget.

Brian Whittle MSP has been shining a spotlight on south west Scotland’s road and rail network as part of a UK wide review of vital transport links.

Scottish Conservative MSP for South Scotland, Brian Whittle has backed calls from Strathclyde Passenger Transport that a dedicated bus taskforce should be set up to protect vital services in the area.

A South Scotland MSP is throwing his weight behind a plan by the Scottish Conservatives to review Scotland’s rail infrastructure and consider reopening local stations closed decades ago.

The final sign off by the UK and Scottish Governments and council leaders unlocks the £251 million pound package of investment for Ayrshire in the coming years.

Local MSP Brian Whittle has continued his campaign for road and rail improvements in South West Scotland, with a debate at Holyrood that saw MSPs from across the parties back his calls for investment in the area.

Brian Whittle MSP wants to see a new plan for investment in Ayrshire.

Scottish Conservative MSP Brian Whittle is backing his party’s plans to “Power up Scotland” and kick-start the local economy.

South Scotland MSP Brian Whittle is backing Ayrshire’s future as a hub for Aerospace in Scotland.